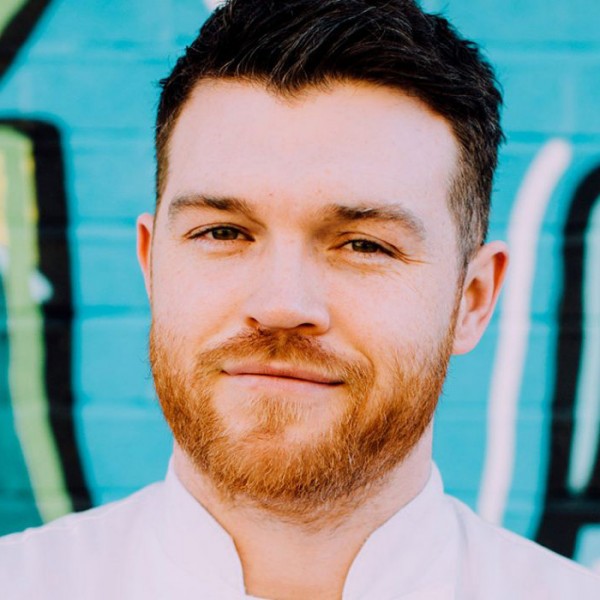 We are delighted to welcome Tom Brown to Signature Spring 2020, bringing with him two fantastic dining experiences – a four-course lunch and a five-course dinner.

A star of TV shows like the Great British Menu, Tom Brown opened his first restaurant – Cornerstone – in Hackney Wick, which in September 2019 was named the AA’s Restaurant of the Year.

Sharing plates form the basis of Cornerstone’s menu, which changes daily to include simple yet sophisticated seafood dishes.

Originally from Cornwall, Tom Brown cut his teeth working in restaurants around the south west – including Rick Stein’s Fish – before he met Nathan Outlaw. Tom started working for Outlaw at the St Enodoc Hotel in Rock where he quickly progressed to the position of head chef.

After three years, he moved to London to become head chef at Outlaw’s eponymous restaurant at The Capital Hotel, Knightsbridge, which was awarded a coveted Michelin star one year after opening.

In 2018, Tom opened his first restaurant – Cornerstone – in Hackney Wick. The 46-cover restaurant showcases Tom’s own style of simple, seasonal and produce-driven cooking, which has produced a legion of fans and accolades.

The menu, which changes daily, focuses on local seafood and emphasises sharing platters to create a unique dining experience. In 2019 Cornerstone was named the AA’s Restaurant of the Year.

As well as his career in the kitchen, Tom is also a well-known name on the small screen, having appeared on numerous television shows including the Great British Menu.