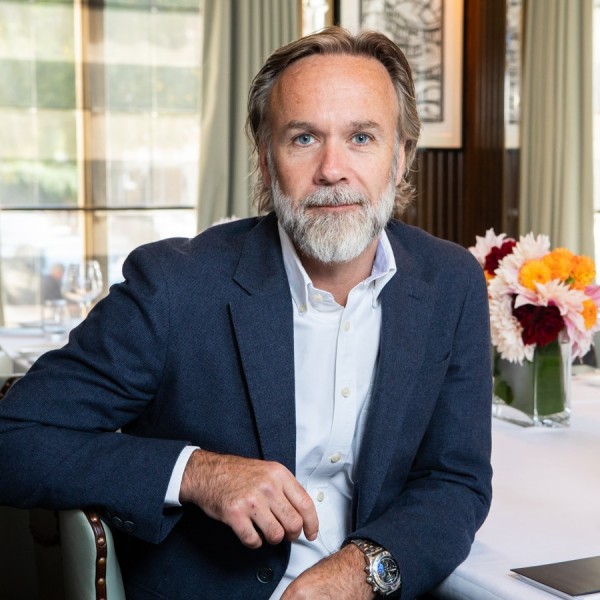 Marcus Wareing is one of the most respected and acclaimed Michelin Star Chefs and restaurateurs in Britain.

His contribution to British food and the nurturing of the next generation of cookery talent, has seen him win numerous awards and accolades throughout his career including a Michelin star, Tatler Restaurateur of the Year, GQ Chef of the Year, Chef of the Year with Caterer and Hotelkeeper, and an Acorn Award.

Marcus Wareing is one of the most respected and acclaimed Michelin Star Chefs and restaurateurs in Britain.

His contribution to British food and the nurturing of the next generation of cookery talent, has seen him win numerous awards and accolades throughout his career including a Michelin star, Tatler Restaurateur of the Year, GQ Chef of the Year, Chef of the Year with Caterer and Hotelkeeper, and an Acorn Award.

Originally from Southport, Merseyside, the son of a fruit and vegetable merchant, Marcus began his career aged 18. He received his first Michelin star at just 26 – one of only a handful of chefs to be recognised at this age.

Over the last 30 years Marcus has been involved in the creation of some of London’s most celebrated restaurants. Founded in 2008 with his wife Jane, Marcus Wareing Restaurants began with the opening of the Michelin-starred Marcus Wareing at The Berkeley (now known simply as “Marcus”). The group now includes The Gilbert Scott, an elegant British restaurant and bar in St Pancras Renaissance Hotel and Tredwells, a west-end dining room serving high-quality food in a casual space.

In the autumn of 2014 Marcus joined the BBC television series Master Chef: The Professionals (UK) alongside Gregg Wallace and Monica Galetti, where he continues to act as judge and mentor to the next generation of British cookery talent. His broadcast work also includes Chef vs Science, created with the BBC.

Marcus is a supporter of The Nicholls Spinal Injury Foundation, Action Against Hunger, GOSH, MENCAP, Help for Heroes, The British Red Cross, One For The Boys and Cancer Research.

He lives in London with his wife and three children Jake, Archie and Jessie.