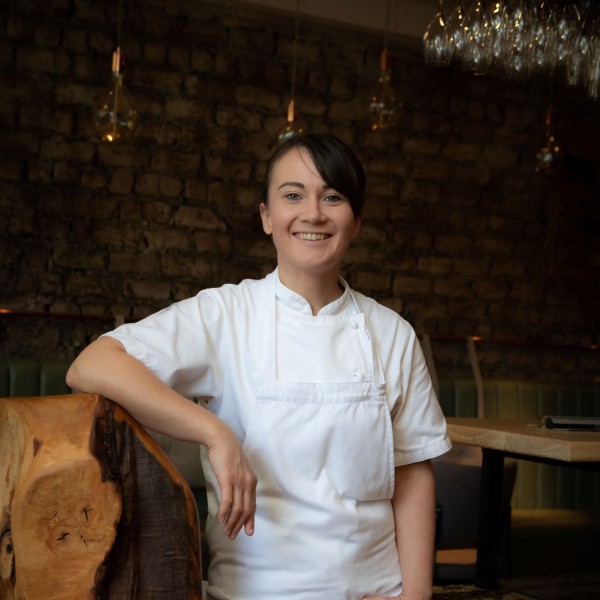 Lorna McNee is the head chef of Glasgow’s first Michelin starred restaurant in 18 years, Cail Bruich. Lorna is the first solo female to win a star in 20 years and she is currently the only female chef to hold a star in Scotland. Lorna began her career as a KP in a family-run Italian restaurant in Forres, Moray. After a stagiaire at Restaurant Andrew Fairlie, Scotland’s only two Michelin starred restaurant, Lorna was offered an apprenticeship.

Lorna McNee is the head chef of Glasgow’s first Michelin starred restaurant in 18 years, Cail Bruich. Lorna is the first solo female to win a star in 20 years and she is currently the only female chef to hold a star in Scotland.

Lorna began her career as a KP in a family-run Italian restaurant in Forres, Moray. After a stagiaire at Restaurant Andrew Fairlie, Scotland’s only two Michelin starred restaurant, Lorna was offered an apprenticeship. In 2008 Andrew Fairlie took Lorna on full time and she rose through the ranks quickly. She held the senior sous chef position at the restaurant before taking the reins at Cail Bruich in September 2020.

Lorna’s career so far has been decorated with award wins and accolades including:

Lorna’s approach to cooking has evolved over the last year to create her own signature style. Her menus have grown to explore new techniques, textures, and flavours with a heavy focus on what is locally available from her suppliers. She creates dishes to complement flavours in layers of sweet, savoury, sharpness, and texture in each mouthful.