An afternoon bursting with flavour and fun 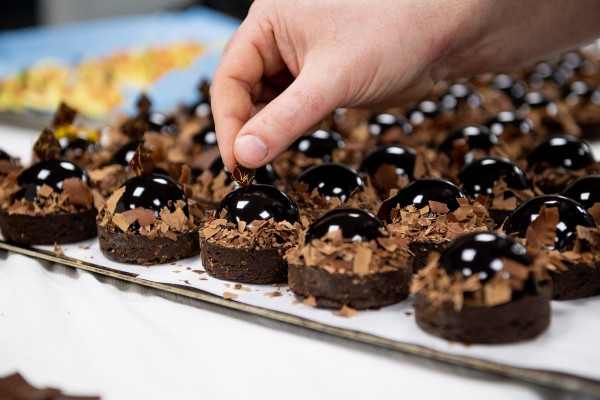 An entertaining epicurean gathering that will be bursting with flavour and fun is on the menu as part of the Signature offering on Sunday, November 3.

Take great food including a dessert crafted by Britain’s leading chocolatier, add a star of the British comedy scene and an acoustic musical act making its Aberdeen debut and you have the ingredients for a memorable afternoon, all under one roof, at The Chester Hotel.

Starting with a sparkle, a glass of prosecco will be served to guests as they arrive, setting the tone for a relaxing afternoon in the company of some very special guests.

Sunday is traditionally the day of rest and it’s the perfect reason to enjoy a leisurely and sumptuous three course lunch followed by coffee, the dessert and petit fours created by pâtissier chocolatier William Curley. A master of his craft, the award-winning chef returns to Signature after helping to make 2018’s event a stand-out success, when his palate-pleasing creations and inspired flavour combinations wowed guests. Expect some intriguing, inspiring and indulgent delights from the London-based gourmet.

Fun and laughter will be delivered courtesy of multi-talented entertainer Jason Manford. The writer, actor, presenter and comedian has become a household name, appearing on numerous television shows like 8 out of 10 Cats and Live at the Apollo, and will be delivering stand-up comedy fun during the afternoon.

Meanwhile The London Essentials will wow guests at the Signature Lunch, performing an audacious repertoire that includes Rat Pack swing through 60s rock n' roll and 80s classics to the latest chart hits. Playing acoustically, they mingle with the audience, so look out for some serenades and surprises.

In the three years since its inception, Signature has generated over £500,000 for good causes in the north east and beyond.