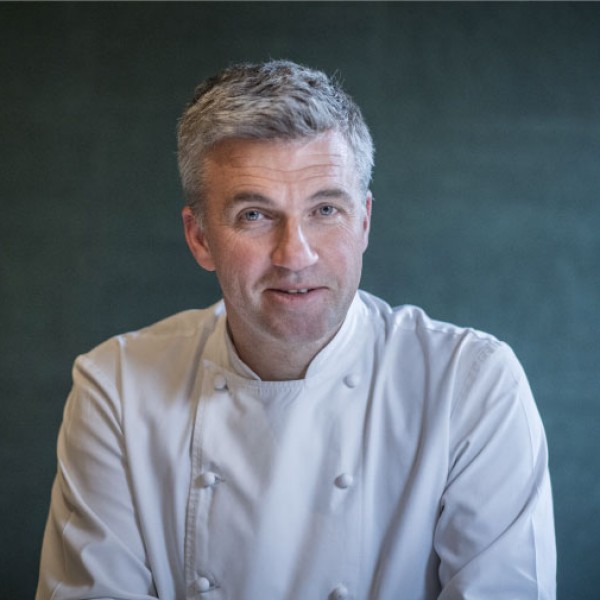 Martin Wishart opened his restaurant in Edinburgh’s historic Port of Leith in February 1999. Since then it has become known as one of the UK’s most acclaimed dining venues, awarded best restaurant in Scotland by The Sunday Times, (5th in the UK) in November 2015; holding one Michelin star since 2001, 4 AA rosettes and a score of 7/10 in the Good Food Guide. Martin was voted AA Chef of the Year 2010-2011 and was awarded an honorary degree of ‘Doctorem Honoris Causa’ for his outstanding culinary contribution to Scotland in 2011.

Martin Wishart opened his restaurant in Edinburgh’s historic Port of Leith in February 1999. Since then it has become known as one of the UK’s most acclaimed dining venues, awarded best restaurant in Scotland by The Sunday Times, (5th in the UK) in November 2015; holding one Michelin star since 2001, 4 AA rosettes and a score of 7/10 in the Good Food Guide.

Martin was voted AA Chef of the Year 2010-2011 and was awarded an honorary degree of ‘Doctorem Honoris Causa’ for his outstanding culinary contribution to Scotland in 2011.

Now celebrating seventeen years of continuing growth, the restaurant that opened with just four staff now play host to a kitchen, front-of-house and management team of over 25.

Martin directs his team with one member of staff for every two guests and holds true to the original mission to bring the very best traditional and modern French cuisine to the Scottish capital, using the finest and freshest local ingredients. He has developed a great relationship with his suppliers and he constantly research new ideas and ingredients.

Martin gave Edinburgh its first Michelin Star in 2001 and this has been confirmed every year since.

An entrepreneur with a passion for cooking, Martin keeps on top of his profession by forming bonds with other internationally acclaimed restaurants. His career has taken him around the world to Australia, the USA, Singapore, Qatar and across Europe. He enjoys doing consultancy work on developing new concepts and also improving on current ones.

Martin continues to strive for professional success at Restaurant Martin Wishart. His second Michelin star was awarded for Restaurant Martin Wishart at Loch Lomond at Cameron House Hotel in November 2008. The Honour is a contemporary and brasserie in the heart of Edinburgh city centre that he opened July 2011 and his latest addition The Honours in Glasgow, within the Malmaison hotel, opened in November 2014.

Martin aims to strengthen Scotland's reputation for good food and to encourage others with his enthusiasm for cooking.

In addition, Martin is an ambassador for British food and a food columnist in the Herald Saturday.

£150 per person including paired wines