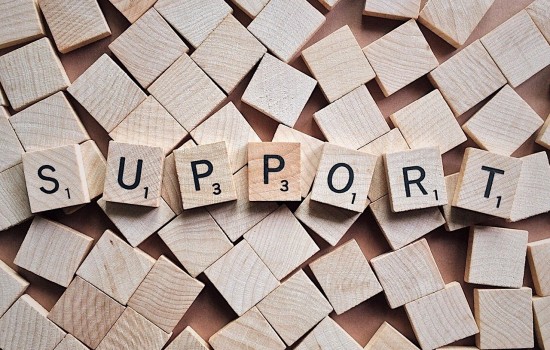 Wood is a global leader in the delivery of project, engineering and technical services in energy and the built environment, employing more than 40,000 people in over 40 countries.  Its values of care, commitment and courage are embedded in its business and define who they are, how they work, what they believe in and what they stand for. Being socially responsible is integral to what they do. Wood aims to make a positive difference to the communities in which it operates and seeks ways to assist them by building relationships based on respect, understanding and empowerment.

It helps local communities by supporting health, welfare, education and humanitarian relief.  Each year employees can apply for matched funding to support worthy charities and community groups. Wood employees also give their time and fund-raise for local charities that provide critical local support.

Wood has a long history of helping local charities in Aberdeen, particularly those helping homeless and disadvantaged people in the city, including Aberdeen Cyrenians, Cornerstone and Instant Neighbour. Its employees in Aberdeen have helped the company to raise thousands of pounds over the years for the Maggie’s Centre in Aberdeen and Aberdeen Children’s Hospital, with hundreds volunteering to create the hospital garden and make improvements to the hospital.

Wood is very proud of the help its employees provide to  local communities; their people genuinely care about others - not because they work for Wood, but because Wood has great people.

LOCATED IN ABERDEEN’S WEST END, JK FINE FOODS IS AN INDOOR FARMERS MARKET BOASTING A SUPERB RANGE OF GOODS WHICH HAS PLACED IT AS A FIRM FOODIE FAVOURITE AND A ONE STOP SHOP FOR EXCELLENCE.

It boasts one of the best butchery counters in the city with all the beef sourced directly from Millers of Speyside in the Highlands, ensuring the customer superb Scottish quality and full traceability from field to fork.

The store, in the city’s Chattan Place, also has a large fish counter that is stocked daily straight from Peterhead market, which is in line with JK Fine Foods’ ethos of sustainable sourcing.

With a focus on supporting local, JK has a large dairy, bakery, vegetable and deli selection sourced from independent producers from across Aberdeenshire and Scotland, in addition to an international deli section which features a large stock of organic, gluten free and vegan products.

The store continually adds to its product lines and currently houses around 5000 food products, with as much as possible sourced locally.

It also boasts one of the North-east’s largest collections of local and Scottish craft beers and gins.  They stock more than 60 gins, mostly Scottish and 80 craft beers, from local suppliers such as Fierce Beer and Brewdog.

JK Fine Foods is focussed on encouraging customers to champion local retailers and producers rather than support large supermarket chains.

SIMMONS ENERGY | A DIVISION OF PIPER SANDLER® IS ONE OF THE LARGEST AND MOST EXPERIENCED ENERGY INVESTMENT RESEARCH, INVESTMENT BANKING AND CAPITAL MARKETS TEAMS IN THE INDUSTRY.

By leveraging the collective knowledge of our experienced team of professionals, we stay at the forefront of the industry's trends, drivers and developments and are positioned to access the most strategic opportunities for our clients. Over the last four decades we have established ourselves as the M&A adviser of choice across the energy sector, serving an international client base ranging from private and public companies to private equity firms and institutional investors on sell side, buy side and finance raising transactions.